Dried herbs have not only become an indispensable part of the kitchen. For millennia, they have also played an important role in the preparation of medications. One commonly encountered form is chamomile tea. The drying process is time-consuming. The herbs must be treated gently to guarantee optimal quality and the highest possible content of the active substance. 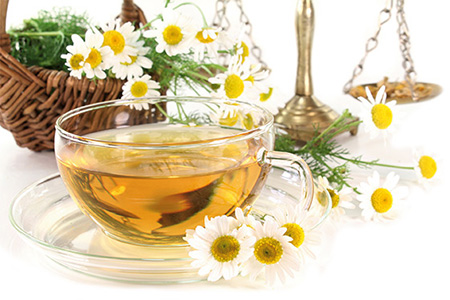 At Hofgutkräuter GmbH & Co. KG in Reinheim, Germany, various herbs are dried using a belt drying machine for further processing by tea producers or extractors. Among these are chamomile, peppermint, dandelion, arnica root, lemon balm, artichokes, and parsnips. Depending on the product, the temperature and belt speed of the drying process vary. The products to be dried are brought to the belt dryer with a conveyor belt. As the herbs pass through the system with a total of five turning points they are dried by a supply of warm air. The belt dryer used up to now in Reinheim has been retrofitted to improve the energy efficiency and increase the flexibility of the system.

At about 20 measuring points on and in the belt dryer, temperatures, pressures, fan, exhaust air speeds, and belt drives are measured and controlled for each drying process using the JUMO mTRON T automation system. The system is monitored for malfunctions and the measured values are saved to ensure traceability and documentation. The JUMO mTRON T system is modular in design and ideally suited to reliably control as well as monitor the numerous processes. 14 multichannel controller modules, 16 analog input modules, and 19 digital input/output modules are used in addition to two central processing units. 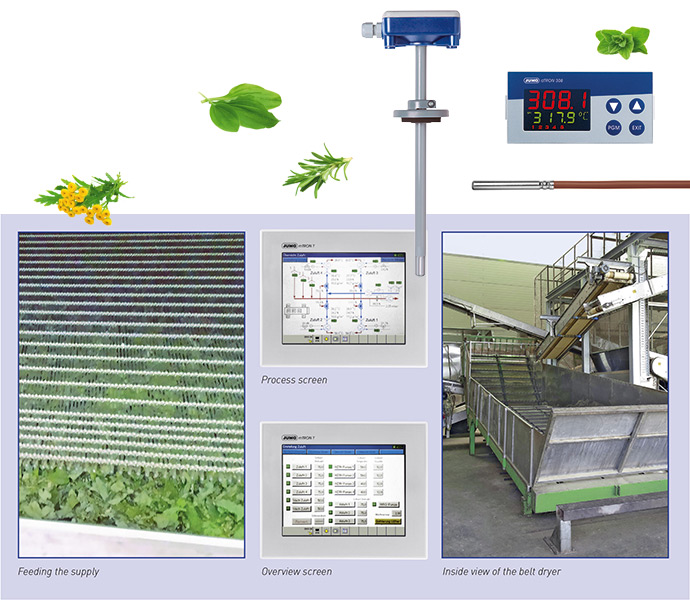 Numerous other JUMO products are used in the process in addition to the automation system. The intake air section has devices from the JUMO dTRON series that are used as humidity and temperature controllers as well as to control the fans. Hygrothermal transducers and temperature probes are also used.
In the exhaust air section, JUMO dTRON controllers are used (among other devices) as speed sensors along with JUMO differential pressure transmitters. Also, the belt drive is controlled by JUMO dTRON controllers.
The entire plant was engineered and implemented by Hofgutkräuter GmbH & Co. KG with JUMO’s help. To ensure trouble-free production startup, the employees responsible for operating the equipment were thoroughly trained at JUMO company headquarters in Fulda.