1951: First patent for the development of a glass contact thermometer.

1961: The first laboratories for material testing are established.

1978: JUMO is one of the first companies to invest in processors for control technology by using microprocessor technology in JUMO devices and by developing the software required for this.

1980: For the first time, JUMO also offers external customers comprehensive services in the fields of metal processing and electronic modules.

1981: Measuring and calibration possibilities for air humidity sensors are expanded.

1982: The field of analytical measurement is established: Production is expanded to cover measuring and control devices to determine chemical process variables.

1984: A clean room is established for the "temperature sensor" area to enable production under special environmental conditions.

1985: Dipl.-Ing. Bernhard Juchheim takes over management of M. K. JUCHHEIM GmbH & Co. after the death of his eldest brother, Peter Juchheim. Bernhard, the youngest son of Moritz Kurt Juchheim was born on December 24, 1949.

1987: With the introduction of SMD technology (Surface Mounted Device) and investments in the assembling machines required for this, complex printed boards for JUMO products can now be manufactured in-house.

1991: The Development Department moves into a new building.
The company is certified according to DIN EN ISO 9001. 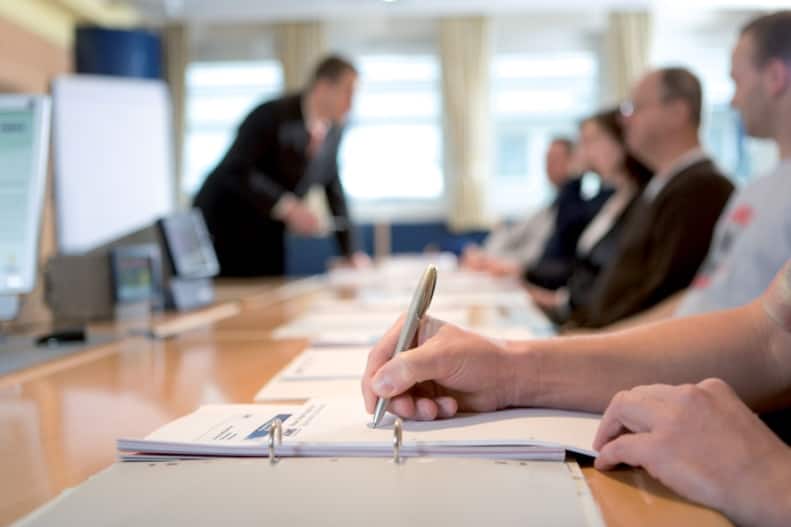 1996: Company founder Moritz Kurt Juchheim dies on November 2, 1996 in Fulda. He played an active role in managing the company right up to his death.

1999: The company is certified according to DIN EN ISO 14001 (environmental certification).

2000: JUMO generates over 100 million euros in revenue for the first time.

2002: The new sales and production building for the temperature sensor technology product line – with a total area of 4,680 m² – opens in the Eisweiher industrial park. 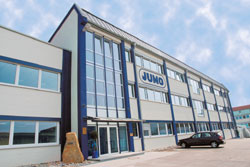 2003: The JUMO trade name has achieved outstanding international significance in the field of metrology, control engineering, and automation technology in recent decades. As result, it was decided to adapt the formal company name in Germany in line with the international name. In June M. K. JUCHHEIM GmbH & Co was renamed to JUMO GmbH & Co. KG. Dipl.-Kfm. Michael Juchheim was appointed managing director in addition to his father Bernhard Juchheim.

2005: A new logistics center is commissioned, with a finished-goods store, order picking and packing. Automatic warehousing technology, a barcode-controlled handling system, as well as a newly set up dispatch ramp all ensure fast and reliable shipment.

A new IT center is created to ensure that all DP-controlled process flows are optimized and secure.

Innovative products with a certified functional reliability according to DIN EN 61 508 are launched to minimize process and user risks.

2007: In honor of the company’s founder, Moritz Kurt Juchheim, the access road to JUMO's headquarters in Fulda is renamed to Moritz-Juchheim-Straße. 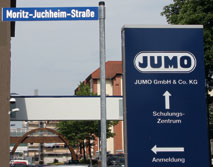 JUMO introduces devices with wireless measured value transmission to the market, giving customers access to completely new applications. For example, the wireless technology enables temperature measurement in areas which are difficult to access. Expensive special cables and time-intensive cabling are no longer necessary.

2008: A clean room is created for the pressure measurement technology production area to fulfill the particular production requirements for the sensitive devices.

JUMO once again offers training to become a glass equipment maker. The hand blown products are mainly used in electrodes for liquid analyses.

2011: JUMO receives the "customs simplifications, security and safety" AEO certificate (AEO F) and is thus considered a particularly trustworthy and reliable supplier for international trading of goods. The AEO F certification is the highest internationally recognized seal of quality that can be awarded by customs authorities.

The JUMO corporate group has over 2,000 employees.

In November, JUMO sets the course for further growth at the Fulda location and purchases 100,000 m² of land. A completely new factory for sensor manufacturing will be built here in the next few years.

JUMO is awarded the title of "Wachstums-Champion 2014" (Growth Champion 2014) for above-average growth and a solution-oriented business model over the course of several years.

JUMO is honored for participating in the Hannover-Messe trade show 65 times.

According to a study by the Munich Strategy Group (MSG) JUMO is one of the 100 most successful German SMEs. The MSG examined the performance and strategy data from approximately 3,300 SMEs with a turnover between 15 and 400 million Euros.

2015: At the Hessian Entrepreneur's Day JUMO receives the "Hessen Champion 2015" award in the "global market leader" category for its temperature probes for heat meters.

JUMO receives an award as the finalist of the renowned "Grand Prize for Medium-Sized Companies".

In the ranking of the most successful German mid-sized companies conducted by the Munich Strategy Group (MSG), JUMO rises from 60th to 21st place which positions the company among the climbers of the year.

2016: Acquisition of the Troisdorf-based PGT Thermprozesstechnik GmbH as the 25th JUMO subsidiary. The company specializes in the production of innovative plastic temperature sensors and is a long-standing system partner of JUMO

The business magazine FOCUS, in cooperation with the Institut "Deutschlandtest", awards the seal "Top Career Opportunities". To this end, the management culture, sustainability and image of the 2,000 companies with the highest number of employees will be examined. In 2016, JUMO took second place in the measurement technology sector.

The magazine Wirtschaftswoche analyses the innovative strength of 3,500 medium-sized German companies in cooperation with the management consultancy Munich Strategy Group (MSG) every year. In 2016, JUMO achieved an excellent 25th place in the overall ranking.

The HBM School of Entrepreneurship at the University of St. Gallen published its first global market leader index for the DACH region in 2016. JUMO is listed here as the "world market leader Champion 2017" with industrial temperature sensors for heat meters.

2017: In 2017, JUMO was presented with a "German Brand Award". This prize is awarded to successful brands, consistent brand management and sustainable brand communication.

JUMO receives the "Grand Prix of Small and Medium-Sized Businesses". The most important business award in Germany has been presented by the Oskar Patzelt Foundation since 1995 and recognizes "outstanding achievements of medium-sized companies".